Jesus and the Stranger

In this blog I wish to discuss the refugee crisis and suggest how we, as followers of Jesus, might develop a missional response. 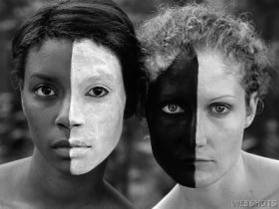 The front pages of the New York Times over the past year, and even the cover story of the March 2016 Christianity Today, remind us that we are facing the worst humanitarian crisis since WW II. 60 million people are affected, and if we added them up they would represent the 23rd largest country in the world. It’s unbelievable, but it’s reality.

Amidst the clamor, noise, nonsense, and fear about refugees, migrants, and other strangers in our midst, I have been thinking a lot about how Jesus would respond to and treat the Strangers in our nation, in our community, and in our personal lives. Would he build a wall to keep them out? Would he send police into neighborhoods where Muslims predominantly live?
Of course not. So why do we even think we should? Unfortunately the Church is not immune to this way of thinking. In the March 2016 issue of Christianity Today it was reported that many evangelicals supported the ban on refugees, and according to the Pew Research Center only 1/3 of white evangelical Protestants said they favored the United States accepting more refugees, and that was prior to the Paris attack. Afterward, LifeWay Research found that 48% of self-identified evangelical pastors agreed that there was a “sense of fear” within their congregations about refugees coming to the United States. Do those congregations understand how Jesus would relate to refugees, to the strangers in their community?

I believe, as followers of Jesus, we must have a complete change of our worldview in order to welcome strangers instead of ignoring and fearing them.

What does it mean to be a refugee, to leave what is familiar and enter into permanent strangeness? Refugees experience the loss of all things—food, shelter, significance, predictability, the basics of life are gone. Their language, celebrations, traditions, even the familiar smells of home disappear, but the loss of identity is one of the greatest losses for refugees. How would Jesus relate to refugees who have lost so much? 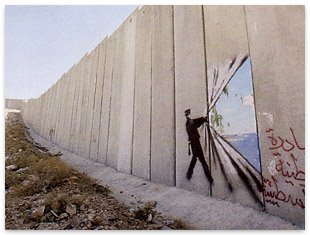 I believe, as followers of Jesus, we must have a complete change of our worldview in order to welcome strangers instead of ignoring and fearing them. Paul writes in Romans 12:2 “Do not conform yourselves to the standards of this world, but let God transform you inwardly by a complete change of your mind [worldview]. Then you will be able to know the will of God—what is good and is pleasing to him and is perfect.” As followers of Jesus we cannot allow ourselves to get sucked into all the fear, hatred, misunderstanding and even bigotry against the strangers and refugees who are living amongst us. We need a missional mindset, not a protective and fearful one.

I want to recommend several characteristics of a missional mindset needed to respond to refugees in a Christ-like way. Every perspective frames how we see and understand the world and its problems. Too often we are unaware that we even have a particular perspective, and so we sally forth into the world to do good, oblivious that there may be other ways of seeing and understanding refugees and strangers. This is when helping can too often hurt the very people we seek to assist.

First, we listen MORE and talk LESS. We have to listen with our ears and our heart in order to understand and empathize with the plight of refugees. Every refugee has a story which they want to share, but we are often too busy or too afraid to seek out and listen to their story.

Second, we cultivate a healthy appreciation for diversity. We celebrate diversity, we are not threatened by it. The picture of the fulfilled Kingdom of God as revealed in Rev. 7:9 is a Kingdom of enormous diversity because all people groups, languages, and cultures will be represented around the throne of God. The absence of diversity is not unity, it is uniformity. In fact, you can’t have unity without diversity, and the Kingdom of God is a kingdom of diversity unified in its worship of God.

The absence of diversity is not unity, it is uniformity.

Finally, and perhaps most importantly of all, a missional perspective on refugees takes an incarnational approach to identifying with them in the same way that God became Jesus the Jew and identified with his Jewish religion and culture in the midst of the oppressive Roman occupation of Palestine. An incarnational attitude, like the one Jesus had as portrayed in Philippians 2:1-8, is the most important characteristic of a missiological approach to ministry with refugees. When we have the attitude that Jesus had toward the stranger, it empowers us to identify and empathize with them. We begin to see the trauma of their world through their eyes, we weep with them over their loss, and we laugh and celebrate with them when they have hope for a better future. Like Jesus, we attempt to see and understand the world from their worldview and do not condemn nor fear them as refugees in our midst. You see, the strangers among us may very well be angels unaware.

This post was originally published on the American Society of Missiology Blog.